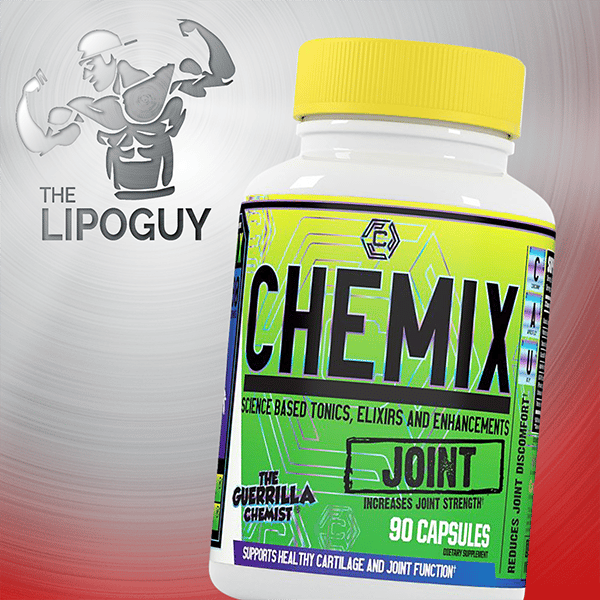 Chemix JOINT Is An Ultra-Premium, Fully-Comprehensive Formula Aimed To Help Keep Your Joints Healthy And Mobile, While Mitigating Any Discomfort In The Process. This LOADED Formulation Has Compounds That Work On Multiple Mechanisms Of Action So Your Joints Stay Lubricated And Avoid Flare-Ups During Your Workouts. Each Ingredients Is Efficaciously Dosed To Elicit The Desired Effect. With 7 Ingredients, Including 2 Trademarked, This Formula Will Not Only Allow You To Train Longer And Harder In The Gym, But Recover Quicker After.

HOW DOES CHEMIX JOINT WORK?

However, newer research shows that it seems to be more of a cumulative effect from influencing early regeneration and faster uptake of minerals in bone cells. The ketosteroids still play a major part in healing, but it’s more like the “entourage effect.” A 2010 study showed a week faster healing period vs the placebo. This was attributed to the faster stimulation of fibroblasts(synthesizes collagen), chondroblasts(helps grow collagen) and bone cells. One study showed that collagen synthesis increased by 86%! I truly believe this is an extremely undervalued ingredient when it comes to joint and collagen supplementation. We used a whopping 750mg per serving! Pamlmitoylethanolamide: Palmitoylethanolamide (PEA, a mouthful) is your body’s main naturally produced anti-inflammatory agent. PEA is one of many fatty acids that have the enthanolamide functional group attached to it. Its origins go back to an obscure study in the 1940s showing that PEA derived from purified egg yolks exhibited anti-inflammatory and anti-allergic properties. In 1964, it was first isolated in mammalian tissues and has over 350 studies since. PEA binds to the nuclear receptor, where it then elicits a variety of biological activities including fighting inflammation and pain. PEA has been extensively studied, including a 1970 study showing similar pain relief and joint improvement to aspirin. As far as managing pain and inflammation, PEA seems to have multiple mechanisms of action. One such mechanism is the inhibition pro-inflammatory compounds like TNF-alpha and histamine, as well as reducing cyclooxygenase-2(COX-2), which is how most over-the-counter NSAIDs(ibuprofen) work. In 1993, the Nobel Prize was given out to Lvei-Montalcini, who worked for almost 40 years trying to explain how PEA and inflammation were connected, by showing its positive role on NGF(nerve growth factor) and how mast cells(immune cells) could be modulated by PEA. In 1990, it was shown that PEA’s mechanism could also be explained by its high affinity for peroxisome proliferator-activated receptor alpha(PPAR-a).

In 2017, a meta-analysis involving 10 studies and 786 participants showed that subjects given PEA had significantly reduced pain levels. Daily doses ranged from 300-1200mg, with an average of 600mg. Tamarind Seed Extract (10:1 Tamarindus indica): Tamarind seed extract is a more recently studied compound for helping with joint pain, movement and overall antiarthritic properties. Originally thought to solely work based on its high antioxidant content, newer research has shown that tamarind seed extract can lower levels of pro-inflammatory cytokines like interleukin-1B(IL-1B), TNF-a, IL-6, and COX-2. After running an High performance liquid chromatography(HPLC) on the seed extract, the main components were found to be Threo-Isocitric acid, Galactosyl glycerol, Procyanidin B2, Areccatannin B1, Catechin, Rutin and Embelin. In a 2015 study, arthritic rats given tamarind seed extract showed significantly improvement. Appendage swelling was dramatically down(comparable to rats given ibuprofen). Not only that, but metalloproteinases(MMPs) which are responsible for degradation of cartilage activity was significantly lowered in arthritic rats receiving tamarind seed extract, similar to pre-arthritic state. Oxidative stress levels were significantly lowered, not to mention glutathione(GSH), the body’s main antioxidant levels decline during levels of high oxidative stress. Tamarind seed extract was able to reverse the decline of GSH by 91%! This wonder seed is exactly what you need for lowering inflammation by multiple pathways.

CurcuWIN (Curcuma longa L. 20%): Curcumin is one of the main curcuminoids found in turmeric. There have been hundreds of studies on curcumin and its positive effects on inflammation and joint improvement, not to mention antioxidant properties, heart health and overall health. Curcumin interacts with multiple inflammation pathways, specifically negating the action of IkB Kinase and nuclear factor-kappa B(NF-kB). It has the ability to help with both acute and chronic inflammation, via constantly inhibiting pro-inflammatory cytokines and downregulation of inflammatory enzymes like COX-2 and leukotrienes. It’s polyphenolic molecular shape allows it to be an excellent antioxidant and free radical scavenger. Curcumin has actually been shown to increase endogenous levels of antioxidants. Sounds amazing right? The downfall to curcumin and curcuminoids is their poor bioavailability. CurcuWIN solves this problem using a proprietary delivery system called UltraSOL, which has been shown to increase the bioavailability of curcumin by 46X! Essentially, UltraSOL converts oil-soluble compounds(like curcumin) into more water dispersible compounds by using a polymer known as N-vinylpyrrolidone(NVP). NVP helps encase and disperse the curcuminoids to help them be more hydrophilic(water soluble). This allows your body to utilize much more of the active curcuminoids. AprèsFlex Boswellia serrata gum resin std. for 20% AKBA: The gum resin from Boswellia serrata has been used for centuries because its rich in terpene and triterpenic acids, known as boswellic acids that have anti-inflammatory enzyme properties. The most potent of them being 11-keto--boswellic acid and 3-O-acetly-11-keto--boswellic acid(AKBA). This compound specifically has a very strong ability to inhibit the enzyme 5-lipoxygenase(5-LOX), which is very proinflammatory. 5-LOX generates leukotrienes which can promote free radical damage and the migration of these compounds to inflamed areas. Another key benefit for boswellic acids in general is that they do not disrupt the synthesis of glycosaminoglycans like hyaluronic acid, chondroitin, heparin, keratin, ect, which can help with wound repair. Most over-the-counter NSAIDs do disrupt this and can actually hurt you in the long run and impair damage control. AprèsFlex is standardized to 20% pure AKBA to get maximum results from the strongest component in the gum resin. Studies show that taking 1 serving of AprèsFlex begins to work in as little as 5 days! No more taking big chalky pills for 30days to help. UC-II Standardized Chicken Cartilage(Providing 10mg Total Cartilage, Including Undenatured Type II Collagen): Undenatured type-II collagen or UC-II has been extensively studies in humans to show improvements in almost all metrics used in testing(pain, flareups, joint mobility, ect). The key term here is UNDENATURED. This means the protein of the collagen is exactly has it is inside the body and includes all the necessary components like proteoglycans, glucosamine hyaluronic acid, and chondroitin sulfate. These make up the very basics of cartiliage and synovial fluid- the viscous, non-Newtonian fluid between your joints to reduce friction. Many human studies have all come to the same conclusion: supplementing with UC-II can significantly lower levels of inflammatory cytokines that have been linked to severity and incidence of signs of arthritic tendencies. Specifically, UC-II has been shown to lower TNF-alpha, IL-1Beta, and IL-6, all of which are prone to causing inflammation. But, helping increase/preserve synovial fluid, that is something that can help your joints fight discomfort and keep them lubricated for either lifting weight in the gym or doing cardiovascular exercise.

Tetrahydrocurcumin: We have already spoken about curcumin and its many benefits, we all as pitfalls. One major pitfall we spoke about was oral bioavailability, which I rectified using an highly-bioavailable form known as CurcuWin. However, we have yet to speak about one of the main metabolites of curcumin known as tetrahydrocurucmin. The “tetrahydro” means that there is a reduction in 2 double bonds on the molecule where 4 hydrogens are added in place. This dramatically improves the oral bioavailability of curcumin, especially in the intestinal tract. But, that’s not all. Tetrahydrocurcumin has been shown to have much higher antioxidant properties. Studies have shown it can lower cell damage via lipid peroxidation(damage from free radicals/ROS). Tetrahydrocurcumin can also help to lower blood sugar levels and LDL(good cholesterol). In fact, in 2015, a meta-analysis was published comparing curcumin to tetrahydrocurcumin that included over 50 studies, both in vitro and in vivo. But perhaps more importantly, has been shown to hit different molecular targets than regular curcumin, which may have added benefits of its own. For example, vasoprotection seems to be a property of tetrahydrocurcumin vs curcumin, which as you guessed may be linked to helping control blood pressure. 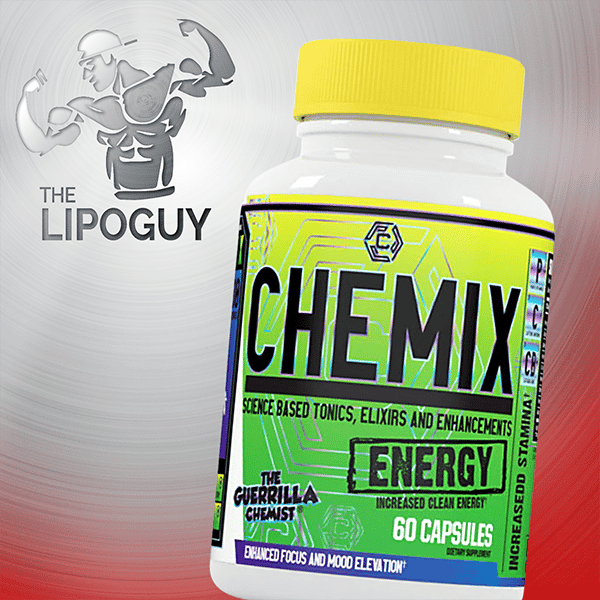 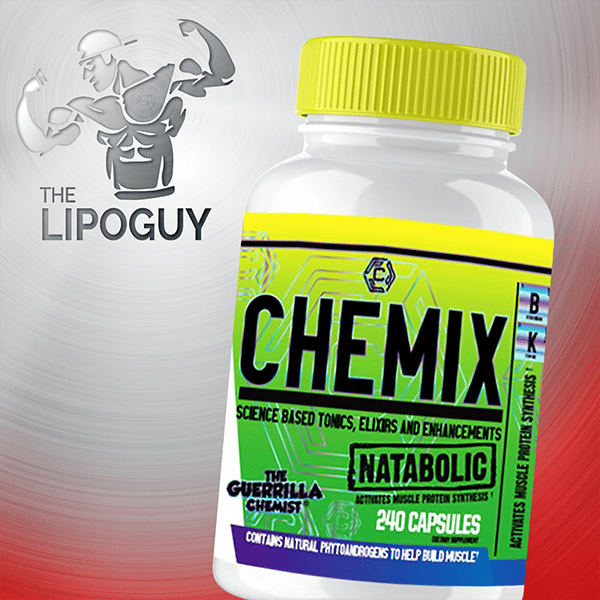 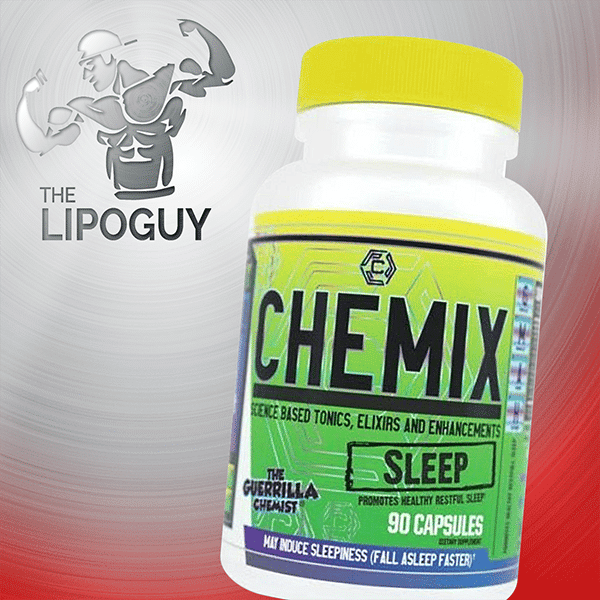