Turkesterone – Ajuga Turkestanica Extract (Standardised to 10% Turkesterone) is an ecdysteroid which are hormones that are found in plants, insects and arthropods. In insects they help drive key processes involved in survival and in plants they assist with structure building and keeping predators away. Ecdysteroids are now being researched heavily with their potential to assist with muscle growth and effects on metabolism. Do not settle for an inferior type of Turkesterone!!

PhytoTurk (Turkesterone) is a naturally occurring phytoecdyster*** found in Ajuga turkestanica – a plant with a long
history of use in traditional medicine for its anabolic, adaptogen, hepatoprotective and hypoglycemic activity. It is an analogue of the ster*** hormone 20-hydroxyecdysone. Human research has shown that resistance-training individuals given only 12mg of Turkesterone per day for 10 weeks experienced greater gains in hypertrophy and strength compared to those receiving placebo [1]. PhyoTurk contains an extremely potent 500mg 10% Turkesterone extract per capsule!

PhytoTurk builds muscle through a totally different mechanism than traditional anabolics that bind to the androgen receptor. PhyoTurk acts as a potent receptor β agonist, providing a compounding level of anabolic activity via a totally different mechanism than normal anabolics. This makes PhytoTurk an ideal compound to stack with other anabolics during a blast but can also be used in a post cycle therapy as it will not suppress natural testosterone production at all. Furthermore, naturals could introduce PhytoTurk into their regimens without the consequence of traditional stero***.

What Are The Benefits of PhytoTurk?

The benefits of PhyoTurk (Turkesterone) include increased muscle growth, improved muscle repair, and elevated muscle protein synthesis. Specifically, PhytoTurk works by optimizing the mRNAtranslation process and supporting leucine uptake to muscle cells. There’s also some evidence to support that PhytoTurk may increase muscle ATP which in turn results in increased muscular energy and endurance while working out. Lastly, Turkesterone has adaptogenic properties which have positive effects on mental

Sign up for offers and exclusive discounts.
Copyright © 2022 THELIPOGUY. All Rights Reserved. 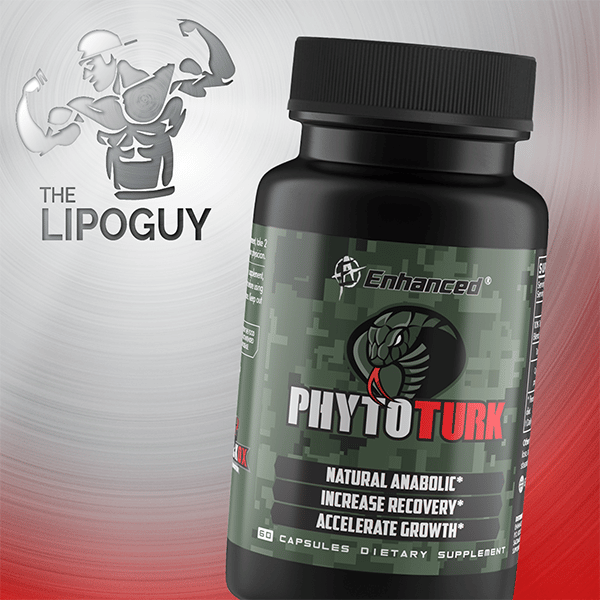