HYPE Extreme from Blackstone Labs is the ultimate muscle-swelling, vein-gorging, and sleeve-busting pre workout on the market. HYPE Extreme is stimulant free and provides a robust combination of nitric oxide boosting ingredients to generate a raging pump that lasts all day long.

The pump is the stuff of legend. Ever since Arnold discussed the phenomenon in Pumping Iron, the pump has been the driving force behind many a workout. Lifters train relentlessly all in the hopes of capturing the ultimate muscle pump, the kind where your sleeves are busting and veins are bursting through your skin. The pump is an elusive beast, one the eludes even the most hardcore lifters out there…but not anymore.

Blackstone Labs Hype Extreme Extreme from Blackstone Labs is the ultimate muscle-swelling, vein-gorging, and sleeve-busting pre workout on the market. HYPE Extreme is stimulant free and provides a robust combination of nitric oxide boosting ingredients to generate a raging pump that lasts all day long. Blackstone Labs has also included a hefty dose of nootropics to combat mental fatigue and enhance focus in the midst of your battle against the iron.

We’ve had Hype available for a long time now to help you reach that Arnold Schwarzenegger-level of enthusiasm about getting into that pump climax down. It’s still a great product on its own and serves his own purpose, but we wanted to go deeper. As we began to spiral down deeper, we created something new entirely, as opposed to just giving Hype a facelift.

We are proud to introduce Hype Extreme, a completely new formula that is ready and able to pump you up. Rest assured that this isn’t just Hype 2: Electric Boogaloo. We began by replacing Hype original’s Glycerol monostearate with the trademarked, revolutionary pump agent Hydromax. It consists of 65% glycerol mixed with silica. This makes it 100% water-soluble. No more shaking your bottle into oblivion to remove those chalky chunks floating around. We have also gone ahead and double the dose of glycerol. This is what pulls water into your cells, creating that massive swelling effect. Bring on those skin-shredding, full-feeling pumps with each rep! It’s more than a feeling, too. It also causes your entire body to go into a state of hyperhydration, decreasing dehydration, which we all know can ruin any training session. A 2% occurrence of dehydration can decrease your overall performance by as much as 20%! Weak!

Hype Extreme also boasts a bountiful dose of sodium nitrate. Instead of other substances that have to first convert to arginine before upping NO2, sodium nitrate is a direct source. When absorbed by your body, it converts straight to NO2 and is absorbed very rapidly. This means vasodilation on a massive scale. Wider veins means high blood volume in your muscles, which is the essence of the pump!

The final key to the puzzle was the inclusion of Focus to the formula. We always, always stress the importance of looking good and feeling good. With Focus, you’ll get your pumps, but also so much more. We’re talking increased focus, performance, mental clarity, and heightened awareness. This is what people refer to when they talk about “getting in the zone.” This works by increasing oxygen flow to your brain, on top of raising acetylcholine levels, which is a neurotransmitter that improves cognitive function. Rhodiola Rosea is another Focus that works to reduce fatigue and assist in raising cognitive function as well. Go harder and longer when you’re in the zone for the best results imaginable. 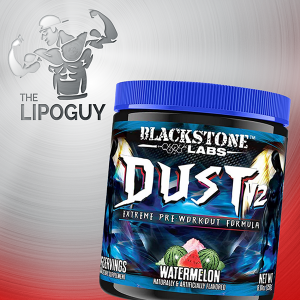 James Carey
2020-02-21T04:13:52+0000
Excellent 5 star service! I emailed these guys as they offer same day dispatch before 1pm. I had to go to the bank first and would likely miss the cutoff so I emailed letting them know the situation. Mike was quick to reply stating "we can hold your order and as soon as we receive it we can send it out". Emailed them back and within 30 mins if that second email, Mike had already dispatched it. Long story short it has arrived early this morning. I only ordered yesterday!! Thanks guys, and Mike for your professional, efficient service! Definitely gained a customer here!read more

Bella Rossa
2020-02-19T11:45:22+0000
I found your site through google search and I can’t believe how good your protein power is I have never felt better and I have been going way harder at the gym:) I am definitely recommending this to all my gym buddies thanks so much 🙌🙌read more

Daniel Harrison
2018-05-24T11:17:46+0000
This would have to be one of the BEST supplement stores i have ever used! The customer service and knowledge of products is second to none. Place an order on a thursday night, recieved it 730am monday morning. Awesome!read more

Dean Justin
2018-01-09T05:57:33+0000
Ordered my stack Sunday night, got it today on Tuesday and constant communication via email and text. So far so good. I hope the products is as good as your service���read more

Steve Megz
2017-09-04T23:57:07+0000
Just wanted to say I'm very happy with the products and service that I've received from you guys. Your whole team is very knowledgeable and are always happy to help me select the right products to suit my goals, diet and training. Shipping is always fast too. Keep up the work guys as I plan to keep purchasing your awesome products!read more

Will Rumble
2017-08-17T04:16:59+0000
Awesome help with product service, easy to talk to and prompt deliver. Has been a huge help in getting the correct products for myself and fia'cee, to get the correct balance to cover from getting started to intermediate. Gym recovery has improved big time and can see the changes and reaching the goals easier.read more

Corinda Barlow
2017-06-07T22:44:33+0000
The MD Princess is amazing I started taking just 1 tablet 30 minutes before my Gym session and oh my you can really feel it working , it brings on the sweats which is the key to know its working . I can just power through my pump class its great . Ive also used it with the nite burn and my tummy bloat is gone , I have also lost around 26cm all round eg arms, legs , waist and hips . It’s amazing stuff . All so the customer service is great very helpful and friendly. Can't wait to make my next order .read more

Mark Kessanis
2017-05-16T08:35:36+0000
Excellent customer service, very friendly, approachable and highly knowledgeable. Always happy to talk through the different products as well as factoring them into my diet and training. Only carries the most potent and proven supplements and always arrives to me the next day. Highly recommended.read more

Eliza Argaet
2017-05-01T10:04:21+0000
Great customer service, awesome product range and super fast, reliable shipping too! I would definitely recommend the lipo guy to others, not to mention the product is so far giving me the result/feeling I was after.read more

Andrew Speedie
2017-04-12T07:12:24+0000
Best customer service i have ever come across, Will run you through all your needs and go into great detail about what product will be good for you. And for shipment wow talk about overnight delivery, Shipment was so quick,read more

Audrey Young
2017-04-06T22:40:16+0000
Absolutely awesome to talk to when I have queries about any of the products especially the new ones and thoroughly knowledgeable on best dosage/use of supplements. The dispatch/shipping is always so prompt; Why would I go anywhere else with such amazing service?!? :Dread more
Next Reviews

FREE SHIPPING ON ALL ORDER OVER $99* SAME DAY DISPATCH BEFORE 1PM AEST. Dismiss